Gold Doubloon Level: Private Tour at the Alhambra and the Albaicin Muslim Houses.

Two areas of Granada are distinguished as World Heritage by UNESCO: the Alhambra and the Albaicin.

Discover the capital of the Nasrid dynasty on a Private Tour of the world-famous Alhambra and the Albaicín neighborhood. Marvel at the hidden Nasrid Palaces and take in some of the most stunning views of the city of Granada on this small-group tour

In the morning, you’ll visit the Alhambra, the most visited monument in Spain, and one of the best examples of Islamic art in the world. Millions of visitors admire its palaces, gardens, and walls every year.

Discover the beauty of this World Heritage Site on a combination tour. The Nasrid dynasty complex, built on the Sabika Hill, is the most impressive fortified complex of Muslim Spain and its walls still stand as witnesses to the golden age of Granada. In the afternoon, you’ll visit the Albaicín, Granada’s ancient quarter, and certainly at one time the most beautiful. Walk along its narrow, cobbled streets, and admire the flowering balconies and stunning views of the Moorish fortress.

Discover mansions built as residences for the Nasrid nobles during the 14th and 15th centuries. You’ll explore both the monumental Alhambra and the secret and charming Albaicín with your expert guide, stopping for a break for lunch in between. On this tour, enjoy a full day full of Spanish history and art. 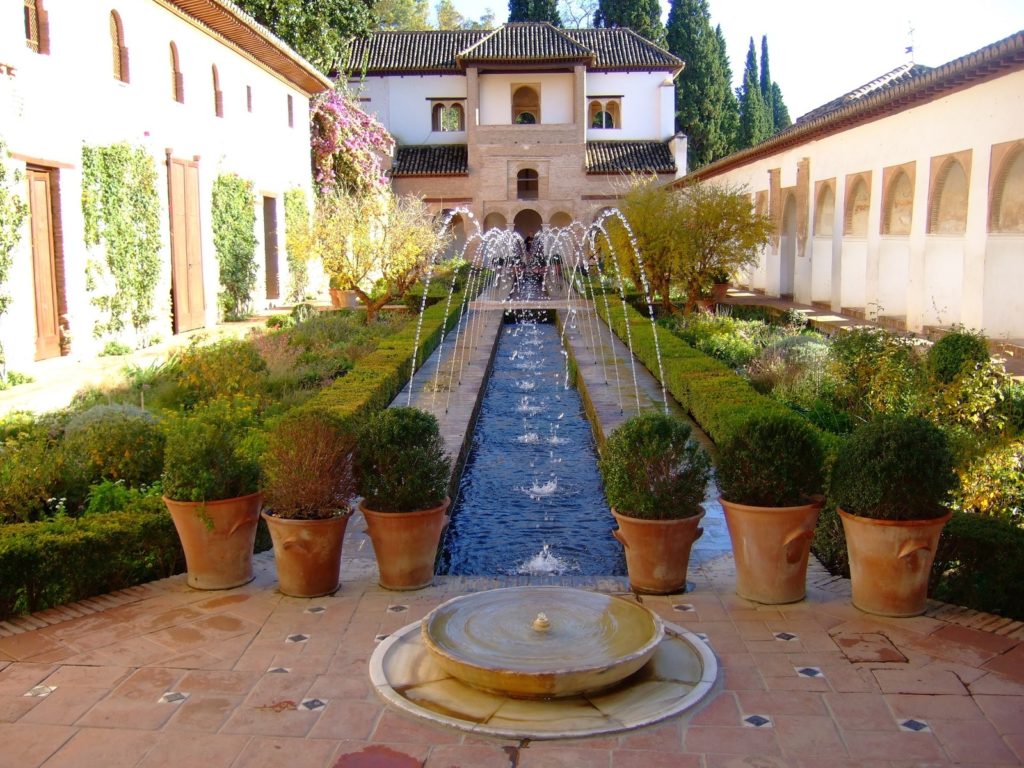